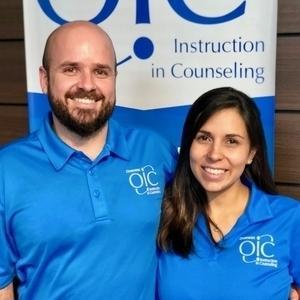 Brazil is the fifth biggest county in the world and is living a new time, after 13 years of a socialist government.

Missions and church planting in Brazil were highly impacted by the martyrdom of the five missionaries of the “Operation Auca” in Ecuador. Many missionaries came to the Amazon region in the 1950’s, reaching also the north of Brazil.

In this very pragmatic culture, churches became very legalistic and recently connected to ” church growth movements”, while the South of Brazil still has many unreached areas.

Many churches are willing to reinvent themselves and Biblical enlightenment can really help with that. Biblical Counseling has a good reception and can help in bringing a new focus even to ecclesiology. We are very excited to see the impact of Biblical Counseling training on the churches and church leaders of Brazil. 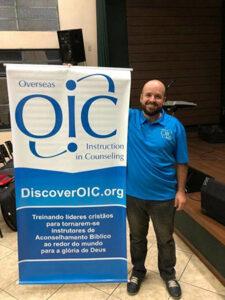 Tiago has been a pastor since 2009 and serves the local community in Novo Hamburgo, Brazil. He graduated in theology at the Word of Life Seminary, in 2008. He also studied Biblical counseling with ABCB (Brazilian Association of Biblical Counselors), among others.

Ariane is not from a Christian background, but she was saved in a Vacation Bible School event that she and her sister attended when she was 5 years old. She also received some training in theology and biblical counseling and constantly helps Tiago in their counseling ministry and training.

In his role as OIC Brazil Coordinator, Tiago is constantly being asked to bring training to new locations, which can be a tremendous effort, since Brazil is the fifth biggest country in the world (U.S.A. is the fourth). Their main concentration is their own state, Rio Grande do Sul, which has 11 million people, and it’s known for its strong positions on several matters, particularly against Christianity. Recently however, there has been a national awakening to Biblical sufficiency, and the state is receiving some of that teaching thru Christian internet videos and blogs. 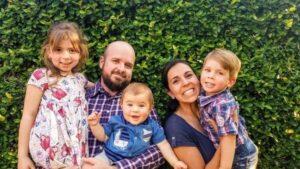 Training local leaders in Biblical counseling is their passion and they’re always open for new possibilities.

Tiago and Ariane are on the pastoral staff of the United Bible Church in Novo Hamburgo, Brazil, where they serve in the area of counseling and youth ministries. They have been blessed with three delightful children.

“…what you have heard from me in the presence of many witnesses entrust to faithful men, who will be able to teach others also.”

You can also hear biblical counseling stories and testimonies from around the world at the BC Worldwide podcast hosted by OIC. Subscribe here: