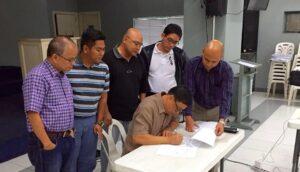 Overseas Instruction in Counseling, a faith-based missions ministry, was launched in June, 2006. The very next month Susie and I traveled to the Philippines to conduct the first of five annual biblical counseling conferences in partnership with the international evangelism and discipleship ministry, Word of Life, Philippines. The director at that time, Mike Foster, had identified the need for soul care based on biblical sufficiency for the pastors in the Philippines. He invited us to begin the process of addressing the need for biblical counselors who could train others to also do biblical counseling. 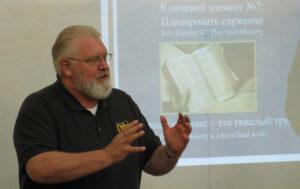 The concept of “cultural imperialism” has been the subject of innumerable books and journal articles in the Christian missions community (and the missions communities of other religions) for many decades. There is general agreement on the basics: The Word of God is eternal, the gospel is unchanging, and believers of every culture are sanctified through the same biblically-prescribed disciplines of faith. Therefore, the discussion on this topic focuses on the application of those principles. And, throughout the history of missions the pendulum has swung from one extreme (obliterate every vestige of cultural expression to make the evangelized group “Christian”) to the other (allow even unbiblical practices and perspectives to remain in the evangelized group to avoid an “imperialistic” impression). 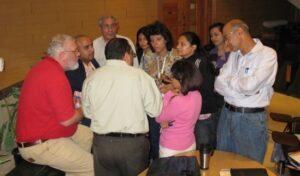 American ethnocentricity can have devastating consequences. To be clear, I’m an American. And I’m grateful for the blessings God has made available to me as an American. One of those…

The attached Update (that’s your cue to open it now) covers two trips involving six nations and ten ministries, it is mostly just basic, factual information and some pictures.

One of my greatest joys is watching God change lives. That statement could probably be made by all of us in the biblical counseling movement. For most of us that would mean watching God change the lives of our counselees by revealing the focus of their idolatrous heart, graciously bringing them to brokenness and repentance, and patiently transforming their heart’s desires through the work of the Holy Spirit as the biblical counselor skillfully teaches and applies the Scriptures. But that first statement means something different for me.

When God allowed Overseas Instruction in Counseling (OIC) to begin our first graduate degree program in biblical counseling (in Egypt in 2009), we had the usual series of “hurdles” to clear. For example, there are always language and cultural barriers when doing ministry in other nations. In some countries, although not in Egypt at that time, there are also security hurdles. But the most challenging issue for us, a hurdle that initially seemed insurmountable, was the lack of any written biblical counseling materials—textbooks or pamphlets—in Arabic.

As I write, Susie and I are enjoying a week at home between our ministries in Ukraine and Egypt. (That sounds like a real-life illustration of the idiom, “Out of the frying pan and into the fire!”) We were joined in Ukraine by Andrew Rogers (Pastor of Soul Care, College Park Church, Indianapolis) who taught Biblical Counseling and Theology, the final course in our Master of Arts in Biblical Counseling through Kyiv Theological Seminary for Overseas Instruction in Counseling.

Lebanon is a small nation. But while southern Lebanon and northern Lebanon are not far apart, the former is controlled by terrorists while the latter was the site of one of my family’s three-day vacations—safe and beautiful! I was raised in a farming community in western Michigan. I attended an all-white high school. Because of a heritage of Dutch influence, people in my town were at least religious and moral, if not born-again. So imagine the culture shock I experienced (although, in truth, I didn’t know that was what I was experiencing) when, in 1981, I was called to pastor a church in northwestern Indiana. I was thrust into an urban, multi-cultural, multi-linguistic environment in which the economy was driven by the steel mills and unions. And our relocation covered barely more than 100 miles!
Continue Reading Culture Is Local – Really Local!